I was alone, hurrying to Vermillion Valley Resort to make the 4 pm ferry. I crossed Bear Creek (a.k.a. big-ass river) on a massive log, and then I charged into some fast-flowing creeks — quick, quick!  I had to do 16 miles in 6 hours. Water was over my knees —and fast.  And I was rushing. My foot slipped over some rocks —I stumbled— Fuck. In a split second, I snapped into the reality of my situation:  it wouldn’t matter if I made it to VVR if I made it there in a box. I yanked myself back into the moment, composed myself, and proceeded more carefully. I was fine, but that was a shuddering realization of how my distracted state could have meant an injury —or *the end of Aurora.*

One week later, my friend and fellow hiker, Rika, was found dead in the South Fork of Kings River.

I cried my eyes out —it was scary, devastating. I grieved for her loss, her smile, and her amazing attitude. And I knew that it could easily have been me, or anyone else out on the trail. How many times had I slipped during crossings? In the weeks that followed, I would sometimes wonder what she was thinking and feeling before she was swept under.

I also wondered whether she had been in a hurry.  Was her mental state a factor? How much did psychology play into all three of the deaths on trail this year?  The evacuations? The injuries?

We generally attribute these ‘accidents’ to external factors:  river crossings, hypothermia, dehydration, heat stroke, a misstep…  And yes, obviously accidents on trail can sometimes be pure dumb luck.  But during my hike, I noticed that —more often than not— it was my decisions that were at fault for any risky situations. And more specifically, my mental state.  Namely, being: distracted, hurried, upset, angry, overconfident, irritable, tired. 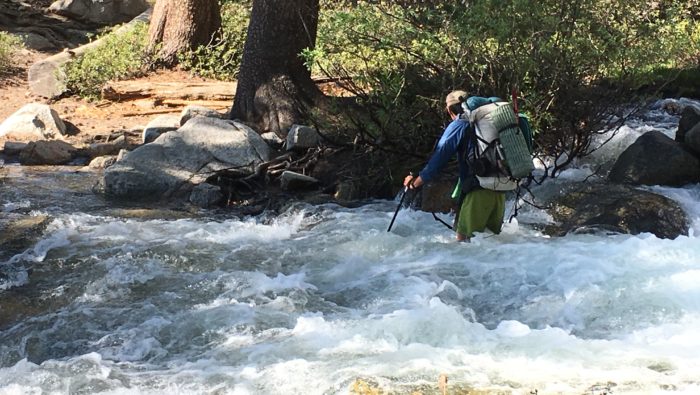 A ‘creek’ just before the South Fork of Kings River…  not a good time to be distracted.

I was especially alert to this because I began my PCT hike after recovering from 15 months of severe depression and anxiety.  During that recovery, I became obsessed with emotional states and their regulation, and I developed an insatiable hunger for tools, tricks, and techniques for modulating my —at the time— life-threatening mood swings. I scoured internet articles, YouTube videos, friends, therapists, and more than 70 books for effective and practical techniques. And slowly I crawled, hand over hand, out of emotional abyss.

On trail, my emotional landscape became critical in different ways. Enjoyment, happiness, desires to quit, and risk assessment all became colored by a roiling sea of emotions. And funny enough, I realized that the same tools that helped me with my depression also got me to Canada. The tools that had gotten me out of bed would later get me through the Mojave in June, the high-snowmelt Sierras, the Oregon fires, and early snow in Oregon and Washington.

These tools became more refined as I rode crests and troughs of emotion on the not-so-forgiving 2017 PCT.  As miles passed, my emotional resilience became stronger, and my enjoyment greater.  —Even as the trail completely went to shit.  Those same tools also made me hyper-aware of when my mental states were putting me at risk. 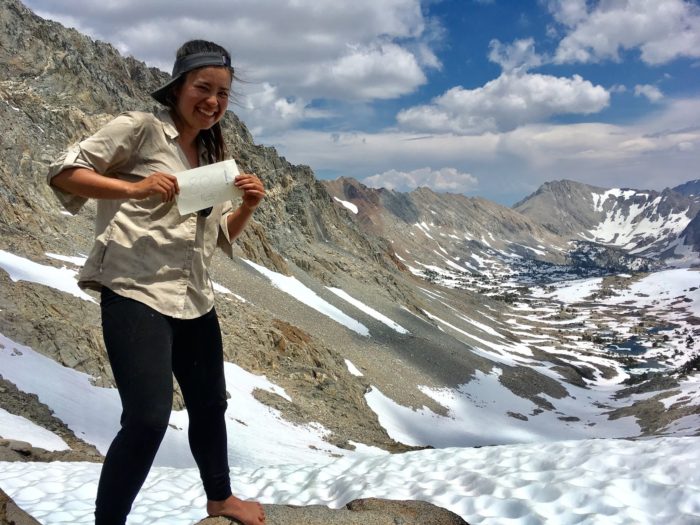 Poincot Pass: What you don’t see is that I basically had a breakdown on some rock, like, 15 minutes before.

Mental states affect decision-making.  And on trail, poor decision-making can be fatal.  As a thru-hiking community, we need to encourage dialogue about the psychological factors that not only affect our success and enjoyment during our hikes, but also our safety.

Less critically, the very essence of long-distance hiking is a mind game: your thoughts can make you quit, not meet your goal, or at the very least, make you a very unhappy camper.  And (on the upside!) we all know people who can be rained and sleeted on for days and still be smiling and cracking jokes the whole time. Moderating our mental state can make miserable (and quittable) circumstances not only bearable, but fun. 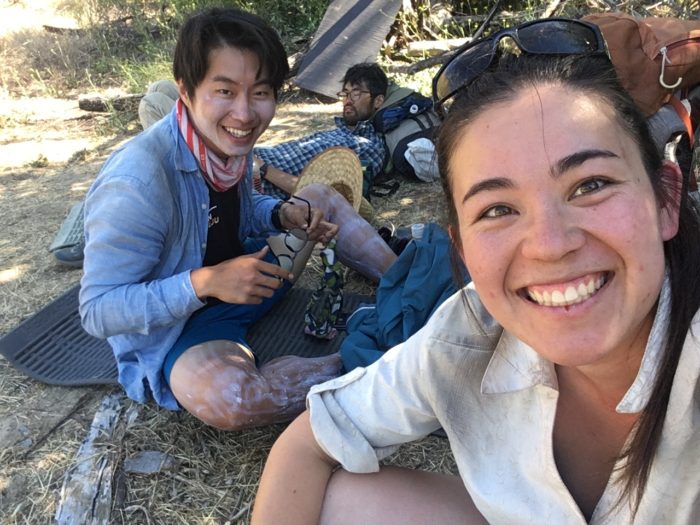 It’s hot as hell —but check out those smiling faces.

Zach Davis wrote Appalachian Trials (2012) and Pacific Crest Trials (2016) to elucidate the unique emotional and psychological challenges of thru-hiking. As a new writer for The Trek, I’m delighted to build off his and others’ work and contribute my new insights to the thru-hiking community. My intention through my upcoming articles will be to develop and expand upon ideas regarding thru-hiking psychology:  emotional regulation, thought moderation, awareness, decision-making, post-hike depression, pre-hike anxiety, hiker culture, group dynamics, etc.

Navigating these issues is fundamental to your success on trail —and off trail— and I am thrilled to dip into this complex and fascinating subject. 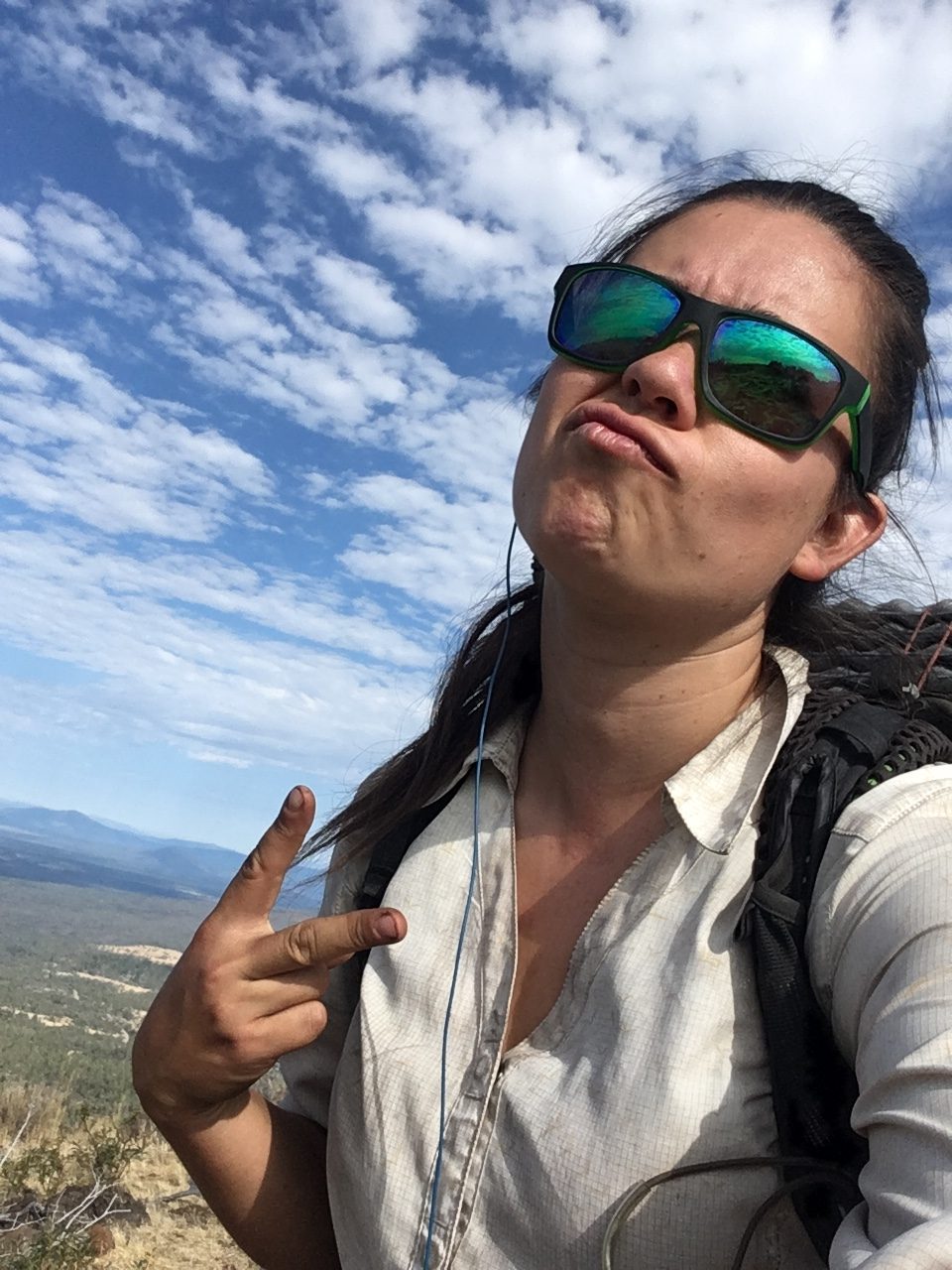 When you master your psychology, you will look like this.